"Publishing Queen" murders the King's English, and wants to teach you how to write a book -- in seven days 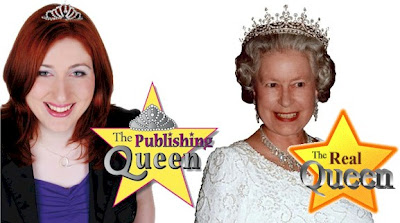 Kylee Legge calls herself "The Publishing Queen" and insists that she "has been involved in writing and publishing books, since the day she was born!"

Well, Kylee, I beat you. I was involved in writing and publishing books since before I was born, and even before I was conceived.

Before they married, both of my parents wrote for their college yearbooks and college newspapers. So, there! I was formed from the sperm and egg of writers.

Queen Kylee wears that silly fake-royal tiara in her Youtube videos, but I'd bet a few pounds that Queen Liz is better known than Kylee in Tuvalu or Toronto.

Liz became Queen at the age of 24. She apparently wasted many potentially productive years because Kylee (now 26) "wrote her first book at age 2 and opened her first business at age 8."

I doubt that the book won a Pulitzer, or that Kylee sold the business to Google for billions.

Kylee says she "runs Seminars on 'How to Publish a Book for Pleasure, Profit or Publicity" and ‘How to Make Money while You Sleep by Becoming a Published Author in Less than 3 Months’ and Bootcamps on 'How to Write a Book in less than 7 Days', 'How to Design your Book to stand out from the Crowd' and ‘How to Pitch your book to Publishers and Distributors in less than 1 Day’." 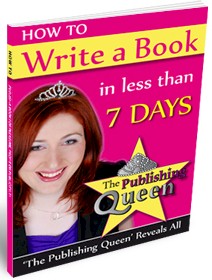 That crap is NOT "The King's English," and is also unsuitable for the Queen. I would not pay to learn how to write like Queen Kylee.
I would not trust anyone who writes so poorly to teach me how to write.

One of Queen Kylee's books is titled How to Write a Book in Less than 7 Days. Kylee sells it from her website for $29.95 (paperback) and $24.95 (eBook). Amazon.com sells the Kindle eBook edition for $19.96.
All of the prices seem much too high, especially in view of the prices of competitive books. There are no online previews, and -- even after a year and a half -- not even one review from an Amazon customer. (Kylee does quote reviews from folks who did not post their reviews on Amazon.)

I don't need Kylee to teach me how to write a book, but if her book was realistically priced, I would have bought it. I buy lots of books and almost always learn at least one useful thing from every book I buy. Since I write books about writing and publishing, it's also important for me to keep up with possible competitors.

Kylee says, "The seven stages in the publishing process include: Writing, Editing, Illustrating, Designing, Registration, Production and Distribution." Er, what about marketing, Your Royal Highness?

Her highness offers a "free course for creating your first book." It may be worth the price. Or, maybe not.

Apparently, people no longer have to be of royal birth to wear a royal crown. 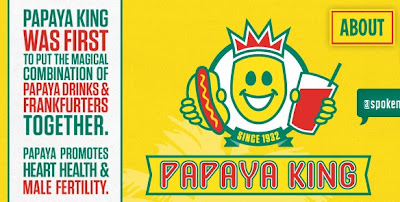 As it happens, I was born in the ROYAL HOSPITAL in the Bronx, just a few miles north of the Papaya King's castle. I therefore assert my royalty and hereby declare myself to be the Publishing King.

Bow down, ye serfs and slaves. His Majesty doth approach. 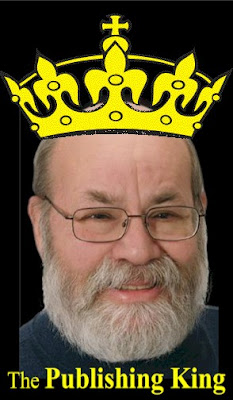