How much bad English should I tolerate? 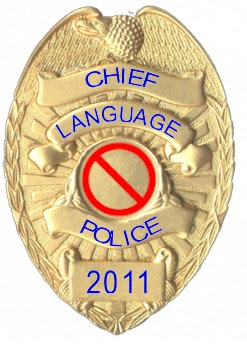 I am intolerant of sloppy language in print and in speech.
HOWEVER, I am mellowing. There are two instances of bad English that no longer make me nauseous or violent. The English language is fluid and flexible, and perhaps I should not try to hold it back.

So, starting right now, I will not get upset about two former abominations.

The misplaced "only." Theoretically, if people say (or sing) "I only have eyes for you," or "I only drive Japanese cars," the speakers are implying that they do nothing else but have eyes for some specific person or drive cars made in The Land of The Rising Sun. They do not have breakfast, go to school, watch movies, make love, breathe or do anything else.

To make the phrases accurate, "only" should be shifted to produce "I have eyes only for you" and "I drive only Japanese cars." (The "only" could also go at the end.)

"Only" has been misplaced so often and for so long, that perhaps it's time to put its misplacement on the approved list, despite its illogic. It's no worse than a TV newscaster signing off with, "I'll see you tomorrow." Besides, I misplaced the "only" in the title of my first self-published book, I Only Flunk My Brightest Students -- and the title was a quote from an English teacher.

The superfluous adverb. I just started reading You Don't Say: The Ten Worst Mistakes You Can Make in Speech & Writing & How to Correct Them. While author (and Ph. D.) Tom Parks doesn't say "most unique" or "exact same," he does say "exactly the same" twice within two pages, and "precisely the same" soon after.

If something is the same (or unique), the adjective needs no modifier.  Uniqueness and sameness are absolutes. Nothing can be more unique or more the same than anything else.

I recognize that these barbarisms may qualify as figures of speech. I am ready to admit that "exactly the same" and "exact same" may be useful usage and I will no longer write a ticket when I encounter them. I will not, however, employ such sloppy usage myself. In this case, I have a higher standard for myself than for others.