God -- or the devil -- caused me to change today's topic

Today I had planned to discuss several websites that offer useful services for free or close-to-free.

One of them is www.cooltext.com/, a site I've used for many years to generate fancy text for logos, and to bling-up websites. It's great for online banners.

I wanted to show an example of what CoolText has to offer. I picked one of their designs, and as a joke, I typed "bullshit" into the text window.

OMG! Look what appeared on my screen: 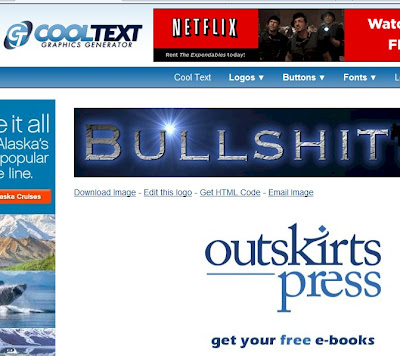 I did not fake this.

I did not have to.
Now, I know that no one at Outskirts actually chose to have their ad associated with "bullshit." But the ad's appearance sure makes me think that a supernatural power might be manipulating online ads to make important revelations. This ad's appearance is equally as startling as seeing Jesus's face on a slice of pizza. 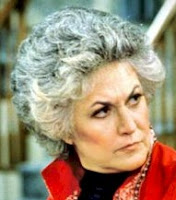