A story for today 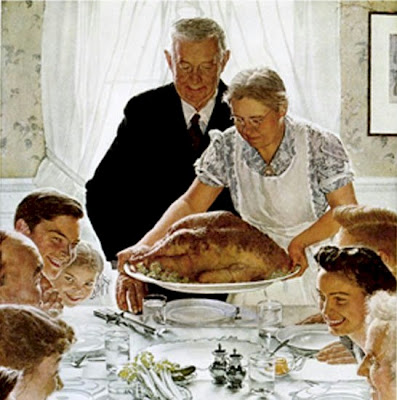 ﻿An elderly man in Florida called his son in New York and said, “Stevie, I'm sorry to mess up your day, but I have to tell you that your mother and I are getting a divorce. Fifty-two years of misery are enough.”
“Pop, what are you talking about? This is nuts. You can't get a divorce,” the son screamed.

“We can’t stand the sight of each other any longer,” the old man said. “We haven't made love in ten years. I hate her cooking. She refuses to do my laundry. She watches TV 18 hours a day. We’re sick of each other, and I’m sick of talking about this, so you call your sister in Chicago and tell her.”
Frantic, the son called his sister, who exploded on the phone. “Like hell they’re getting a divorce,” she shouted. “I’ll take care of this.”

She called Florida immediately, and screamed at the old man, “You are NOT getting divorced! Don’t do a anything until I get there. I’m calling my brother back and we’ll both be there tomorrow. Until then don’t do a thing."

They both hung up their phones. The old man turned to his wife, smiled and said, “Sweetie, it worked. The kids are coming for Thanksgiving and they're paying for the airfare."

Illustration from painting by Norman Rockwell (bottom was cropped off by Der Blogmeister)
Posted by Michael N. Marcus at 5:10 AM