A review of a book I have not read As a self-publishing author -- and the author of books about self-publishing -- I try to read every new book in the field. I ordered The Indie Author Guide: Self-Publishing Strategies Anyone Can Use back in September when it was announced, and was looking forward to reading it. 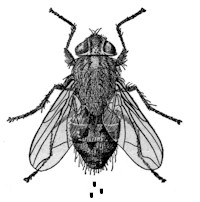 It arrived yesterday, but I can't read it.
This book may contain a lot of useful information and advice, but I really don't know.
The fly-turd-size type is so tiny that I can't read the book.

Author April Hamilton knows a lot about publishing. The book's publisher is Writer's Digest -- which makes its money by trying to help writers.

It's a shame that neither April nor anyone at the publisher realized that it's important for books to be readable.

There are three people in my office, of varying ages and with different eyesight, and we all agree that the book is unreadable.

The youngest one here (age 28), with excellent vision with no eyeglasses, said "Why is the author trying to make us go blind?"

The second-oldest took a quick glance and said, "Impossible."

Dave, the youngster, also said the title "sucks," and will turn off anyone under 35. He said that it's OK for filmmakers to use the "indie" label, but musicians and authors who use the term can expect to be laughed at. I haven't been under 35 for nearly 30 years, so I'm not sure if Dave's right; but he usually has an accurate assessment of popular culture.

To broaden my test sample beyond the three males in my office, I asked a female college senior. She said the pages looked like the tiny type on the back of a credit card and the publishing company was "incredibly stupid."

And a woman in her late 60s - - who normally reads without glasses -- said, "This is terrible. Why do they make books like this?"

If April will send me a magnifying glass, or if the publisher will send someone to read the book to me, or if a future eBook version allows me to enlarge the type, I may post a review based on the book's contents, not on its appearance.

People who try to advise authors how to publish should not make fundamental errors in book design. (No, I'm not perfect, but my books can be read without magnification.)

Also: If page count is an issue, April could have eliminated some or all of the 26 pages of worksheets and the HTML guide. Then the book could handle a decent size typeface without increasing the number of pages.

Also Also: the book shows the author's website as http://www.aprillhamilton.com/. I tried to type that into my browser window three times, and each time reached the website of a British interior designer with the same name as the author. I eventually realized that April-the-author uses her middle initial "L" in her web address ("URL"), but April-the-designer does not. It's really silly to have a URL that can be so easily misread and mistyped. It's possible that April-the-author has a section in her book about selecting a proper URL, but I don't know -- because I can't read her book!

Also Also Also: One of the books I published received a lowly four-star review on Amazon. The reviewer complained, "I haven't seen fonts this big since elementary school!" The text in the book  uses 12-point type -- the same size that the U. S. Supreme Court requires in briefs filed with the Court, to ensure legibility.

Actually, the Supremes specify text in the Century family. My criticized book uses Constantia, which in the 12-pt size is a tiny bit shorter than Century Schoolbook. My type -- which was too large for my critic -- is a couple of hairs too small for Sonya Sotomayor, Antonin Scalia and the others to read comfortably.

Fly illustration by "Herrick." Turds added by blogmaster.
Posted by Michael N. Marcus at 4:31 AM