You can sell the same words more than once. 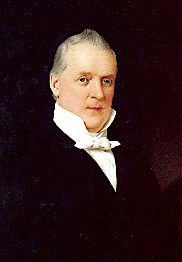 The Buchanan report I wrote for fifth grade was subsequently improved, modified and lengthened and submitted to my teachers in sixth, seventh and ninth grade, plus my junior year in high school, and for an American Studies course in college.

I also wrote a report on Warren Harding and used it in two classes. I think my brother recycled it, too.

Ironically, U. S. News & World Report ranks Buchanan as the worst president ("He refused to challenge either the spread of slavery or the growing bloc of states that became the Confederacy.") and Harding as second-worst ("He was an ineffectual and indecisive leader who played poker while his friends plundered the U.S. treasury."). Was there a sunconscious pattern to my picking?

A year ago, I published Become a Real Self-Publisher: don't be a victim of a vanity press, which was written for people who don’t use self-publishing companies. In the middle of this month, a spinoff--aimed at writers who do use self-publishing companies--will go on sale. It's called Get the Most out of a Self-Publishing Company: Make a better deal. Make a better book. I'm also updating the original book for publication by the end of the year as Independent Self Publishing: the complete guide. This weekend I started another spinoff, Brainy Beginner's Guide to Self-Publishing, aimed at writers who are unsure of their path to publication. Parts of the first book were also used in my Stupid, Sloppy, Sleazy book about Outskirts Press.

Look at what you've already written and figure out how you can Recycle, reuse, repurpose, revise, sequelize and serialize.

My first book about phone equipment has had two spinoffs, and two more are coming.

My funny memoir has had one spinoff, so far.

SPECIAL SALES
Many thousands of books reach readers without booksellers. They are distributed—sometimes for free—by entities that want information or opinions circulated. These “special sales” can generate high profits, with no risk of returns.

(Buchanan portrait is public domain, from the White House)
Posted by Michael N. Marcus at 7:05 AM