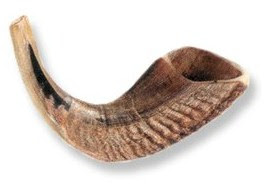 In October of 2008, I was finishing my first self-published book. now updated . (This week I finished my tenth.). I visited my high school library to verify some names in old year books. I felt strangely attracted to the school that repulsed me many years earlier.

Accidentally but appropriately, I was there during the “Days of Awe,” the period between Rosh Hashanah and Yom Kippur ("The Day of Atonement') when we Jewish people are supposed to be especially introspective, and to look back and to seek forgiveness.

I wasn't seeking forgiveness. I resented and hated almost everything about that school and my book has many stories about terrible teachers. But 44 years after graduation, I unexpectdly and suddenly mellowed and did not want my book to be seen as an attack on my school.

As I walked through the hallways, I felt like I was hovering, not contacting the floor, almost in a daze. I sat in a classroom, peed in a boy’s john and gripped an old water pipe to feel the building’s pulse. I marveled at the size of a tree in the courtyard. Forty-five years earlier the nuttiest teacher I ever had, made us talk to the tree and I wanted to chop it down. Now I’m glad I didn’t.

Just as parents make mistakes with their first child and do better with the younger kids, maybe this old school learned from what it did wrong with the class of 1964, and that experience made the school better for those who came later.

I spoke to some students. They were young enough to be my grandchildren. They said Hillhouse is a good school and they like it there, and even the cafeteria food tastes good. I believe them. If I had to go back to school, I’d go to Hillhouse if I could.


--------------
Adapted from Wikipedia: In Jewish tradition, The Book of Life is opened on Rosh Hashanah, when God begins an annual evaluation of everyone. Those who will be allowed to live stay in the Book of Life. Others are deleted. In the time of the Old Testament, God wrote on a roll-up scroll, or maybe a stack of stone tablets. Today, presumably the Book of Life is a PC with a multi-terabyte hard drive and a delete key. Or, maybe God uses a customized iPad with huge solid-state memory.

The Days of Awe are also known as the Days of Repentance. This is a time to consider the sins of the previous year and repent before Yom Kippur. It can't hurt for non-Jews to try it, too. You can also repent in February or August, or on every day. Off-season repentence may not buy you another year, but maybe it will help a bit.

God is said to have two "books"-- a book of life and a book of death, and records who will live and who will die, who will have a good life and who will have a bad life, for the next year. It is said that these books are written in on Rosh Hashanah, but our actions during the Days of Awe can alter God's decree. The actions that change the decree are repentance, prayer and good deeds (usually charity). These "books" are sealed on Yom Kippur.

At this time, it is common to seek reconciliation with people you may have wronged during the previous year. We are supposed to "right the wrongs" committed, if possible.

Considering that the Jewish people constitute a mere one half of one percent of the world's population, it's pretty amazing that Jews have won (according to one list) 52% of the Pulitzer Prizes for non-fiction literature, and from 12 to 33 percent of the prizes for other forms of writing. .

The prize was established by Joseph Pulitzer, a wealthy Jewish newspaper publisher. He left money to Columbia University when he died in 1911. A portion of his bequest was used to found the university's journalism school in 1912. The first Pulitzer Prizes were awarded in 1917. Recipients are chosen by an independent board. You don't have to be Jewish to win a Pulitzer prize, but it might help.


--------------
The thing at the top is a Shofar--that's Hebrew for "ram's horn." In addition to being a horn of a ram, it can be blown as a horn by a human being, and that happens in synagogue services on Rosh Hashanah and Yom Kippur. Strangely, I got the photo at http://www.christianbook.com/. I think that's nice. If Mickey Dee's serves bagels and Black Baptists eat knishes, Christians can have shofars.


Happy New Year--whenever you celebrate it.