In awe of authors 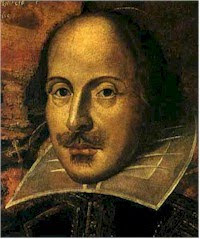 I majored in journalism in college. I've written many hundreds of articles for newspapers and magazines. I was an award-winning advertising copywriter for about five years. I've written about a dozen books.

For a while I kept a "clip file" of all of my published articles, and had a portfolio of my ads that I could use to impress a prospective employer.

But, after 40-plus years making money by tapping a keyboard, I no longer think writing is a big deal.

I won't say it isn't fun anymore. One fundamental Marcus maxim is, "If it isn't fun, don't do it."

If writing wasn't fun, I wouldn't still be doing it.

When  I was younger, I loved getting fan mail from people who liked my articles and reviews in Rolling Stone. Later there was lots of satisfaction when I was told how many dollars in sales my ads and websites generated. It was cool seeing people wearing T-shirts I had designed. In more recent years, I've enjoyed reading the "five-star" reviews of my books on Amazon.

I still love tweaking, adjusting, massaging and reworking blogs and book pages so they sound and look just right--and I'm generally pleased with the results.

But writing a good book in 2010 just does not generate the same smiles and internal giggles as the first big cover story I wrote for High Fidelity Trade News in 1969, or getting into movies and concerts for free when I showed my Rolling Stone press ID in 1971, or getting lucky after giving a girl a stack of records I had gotten for free when I worked for Stone. (I almost got lucky when young ladies thought I was Jerry Garcia, Rob Reiner, Sonny Barger of the Hell's Angels, or Tony Dow--who played Beaver Cleaver's older brother Wally.)

Maybe the problem--if it is a problem--is that writing is much easier than it used to be, so I don't feel I am overcoming a challenge. I was fired from my job at High Fidelity Trade News when I had a two-week dry spell, but it's been decades since I've suffered with a severe case of "writer's block."

At age 64, I can write about almost anything. I had a demented high school English teacher (she's in Stories I'd Tell My Children (but maybe not until they're adults) who made surprise attacks on our class. One day she commanded us to "write 500 words about tobogganing." Another time she wanted 500 words about "How Capri pants are the downfall of western civilization."

I hated the evil idiot, but she provided good preparation for later on when my paycheck depended on my being able to write about things I knew absolutely nothing about.

Getting published is infinitely easier now than when  I was younger. Years ago, if I had a brilliant idea for an article or book, I had to query editors and publishers to try to ignite their enthusiasm.

Today, if I have something to say, I write a book and publish it myself, or post something on one of my blogs, or comment on someone else's blog, or start a new blog or website. It's infinitely easier than pitching an article to an editor or convincing investors to put money into a new magazine.

Those of us in the book biz know how easy it is to publish now. But many “civilians” are still in awe of authors.

I was reminded of this on Sunday when I was at a brunch meeting of about 25 members of a burial society that I’ve inherited membership in.

Although I’ve theoretically been a member since birth, Sunday was the first time that a meeting was held close enough for me to conveniently attend. I was surrounded by relatives I am scheduled to spend eternity with, but I had never met any of them before.

During the meeting, someone was speaking about a milestone in family history about 100 years ago, and I casually mentioned that I had written about the incident in one of my books.

I was surprised by the response. Some people were in awe! Someone said, “Oh, you wrote a book!” and there was at least one “Wow.” People asked the name, the subject and where they could buy it.

I answered the questions quickly and politely. I didn’t want to hijack the meeting and turn it into a book promo event.

I certainly don’t think writing is unusual or that writers are unusual (well, maybe a little unusual). I spend a lot of my online and offline time communicating with writers, editors, designers and publishers. My close relatives and neighbors and employees know that I write and publish and they are not impressed.

I know how easy it is to get published; but to this group of strangers--who share some of my genes, and will share a final address--it was a big deal. I’m certainly not a celebrity like Elvis, JFK or Shakespeare, but some of these folks seemed to be a bit excited to be related to an author and maybe even to be buried near one.

It made me feel good. Not as good as getting laid because I was an editor at Rolling Stone--but nevertheless, good.

Magicians don’t explain their best tricks. Maybe we shouldn’t reveal how easy it has become to publish books and have them sold by Amazon and B&N.
Posted by Michael N. Marcus at 6:52 AM