This author tried to do the right thing--but it turned out wrong. I don't like the book, but I do like the author. 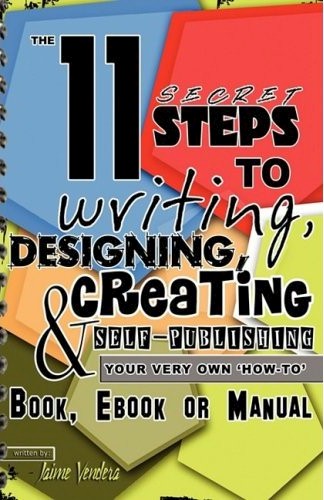 Sadly, the author has some important things to say, but his message is hurt by bad presentation. He knew enough to get help, but he got help from the wrong people.
Lots of self-published authors write books that try to teach other people how to self-publish. Some--such as those written by Aaron Shepard, Morris Rosenthal, Christy Pinheiro (and me, of course)--are good. Some are OK. A few are very poorly written. Several are physically unattractive. One is like a MAD magazine self-publishing parody, showing what should not be done. Some books are dangerous because of the misinformation and bad advice they provide.
Two days ago, I slammed Theresa A. Moore, author of Principles of Self-Publishing, because she was extremely careless, knows less than she thinks she knows, has an unjustified high opinion of her own editing ability, and frequently ignores her own advice. Her book is ugly, inaccurate and sometimes poorly written. Theresa did the design and editing herself--and it shows.

I have mixed feelings about 11 Secret Steps to Writing, Creating & Self-Publishing Your Very Own 'How-To' Book, Ebook or Manual by Jaime Vendera.

As with Theresa's book, there are a great many things wrong with the book, but the author tried to do things right, and was pleasantly responsive to my emailed questions and suggestions.

Unlike many self-pubbers, including Theresa, Jaime  knew enough to hire a professional cover designer, editor and interior formatter. But they simply did lousy work and Jaime didn't realize it. Jaime talks a lot about the members of his "team" and recommends them to other authors. Based on the evidence provided in the book, other authors should stay far away from this team.

If this book is an audition for Jaime's team members, they failed the audition.

If this book is a crime scene, Jaime Vendera seems to be largely the victim of others, rather than a lone perpetrator like Theresa A. Moore.

Editor/interior designer Amy Chesbro (whom Jaime calls "an amazing woman") did a TERRIBLE job.
Jaime says, "Make sure to have your book layout completed right." He didn't do that, and he also says that Amy Chesbro is "pretty well fitted in the interior design department." Jaime is not a good judge. Strangely, Daniel Middleton is also identified as the interior designer, so maybe he and Amy collaborated on the disasters.

There are inconsistent spellings, misspellings, improper punctuation, and even a fundamental lack of knowledge of the parts of a book. The book quotes Daniel about the perils of self-publishing: "substandard interior designs and garish covers, with typos, grammatical errors and phrasing issues." This book is a perfect example of what Daniel warns about. The interior shows a lack of knowledge and experience, and bad artistry.

I think it's generally fruitless to argue about esthetics, but I do think the cover, designed by Molly Burnside, is cluttered and ugly, and the clumsy title is hard to read.
What else is wrong?
So what's good about the book?
Jaime claims to be an "internationally known vocal phenom" who has cracked a glass with his voice. He self-pubbed a few books about vocal training and self-improvement, and now thinks he knows enough about publishing to teach others. Unfortunately, he has more to learn before he is ready to teach. It's sad that an author who has some important information and valid insights to present, knew enough to hire others for designing and editing, but chose the wrong people. They produced an ugly and error-filled book.  At $19.95 for just 134 pages, it's also grossly overpriced compared to the competition. (Time for a brief commercial. My newest book, Get the Most out of a Self-Publishing Company: Make a better deal. Make a better book, has 366 pages and a $17.95 cover price.)

Jaime wrote, "Be ready for a possible retaliation from the other author if you post a bad review." Actually, I don't think Jaime will beat me up or hire a hitman when he reads this. Despite my criticisms, our emails have been cordial. He appreciated my advice, and he has advised others in his field: vocal coaching. I know Jaime knows I want him to succeed. Actually, I want all writers to succeed, in whichever way they define success.


Although I have self-pubbed ten books, I am still an amateur. I never went to "book publishing school" or sat next to a master book designer. All of my knowledge comes from research, observation, experimentation and questioning. Anyone could have learned what I've learned and could make books as good as mine, or even much better than mine. I honestly think that any self-pubber can and should make at least semi-pro-quality books, and most of the mistakes I criticize could have been easily avoided.
They don't know enough to know that they don't know enough. That's a fatal mix of ignorance and ego that affects do-it-yourselfers in every field. Homemade airplanes can crash and kill.
While Jaime's book happens to be about self-publishing, it reveals the potential perils for a writer dealing with any how-to topic, whether it's skiing, cooking or carpentry. Just because you've been successful at something, don't assume you know enough to teach others how to do it. And, check out the competition so you'll know if you can offer something new or better or less expensive--or all three. If you can't do it, you probably shouldn't publish.