Advice for writers from Lady Gaga
and Dr. Strangelove 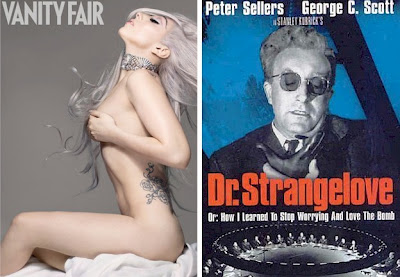 Female writers who think they are not as creative as they used to be, may be having too much sex.

In the September issue of Vanity Fair (on sale tomorrow), flamboyant pop star Lady Gaga says, “I have this weird thing that if I sleep with someone, they’re going to take my creativity from me through my vagina.”

She did not  explain why creativity would not seep out of her vagina while not engaging in sex, or why it would not leave through other bodily orifices, or how men might lose their creativity. 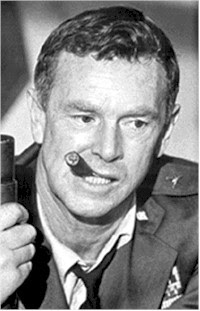 In the 1964 movie, Dr. Strangelove or: How I Learned to Stop Worrying and Love the Bomb, Sterling Hayden played  Brigadier General  Jack Ripper. He was obsessed about losing his "vital bodily fluids" to women and to the communists. Some Asian monks share his concern.
Posted by Michael N. Marcus at 4:38 AM