A few comments to the person who wants my books banned 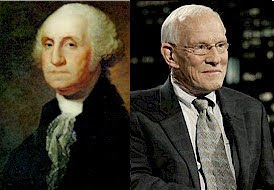 CLICK for background on requested banning and threat to my printer.

If the freedom of speech is taken away, then dumb and silent we may be led, like sheep to the slaughter. --George Washington

The only valid censorship of ideas is the right of people not to listen. --Tommy Smothers

The dirtiest book of all is the expurgated book. --Walt Whitman

The peculiar evil of silencing the expression of an opinion is, that it is robbing the human race; posterity as well as the existing generation; those who dissent from the opinion, still more than those who hold it. If the opinion is right, they are deprived of the opportunity of exchanging error for truth: if wrong, they lose, what is almost as great a benefit, the clearer perception and livelier impression of truth, produced by its collision with error. --John Stuart Mill

Books won't stay banned. They won't burn. Ideas won't go to jail. In the long run of history, the censor and the inquisitor have always lost. --Alfred Whitney Griswold

What progress we are making. In the Middle Ages they would have burned me. Now they are content with burning my books. --Sigmund Freud

Wherever they burn books they will also, in the end, burn human beings. --Heinrich Heine

Censorship feeds the dirty mind more than the four-letter word itself. --Dick Cavett

The test of democracy is freedom of criticism. --David Ben-Gurion

Every human being has a right to hear what other wise human beings have spoken to him. It is one of the Rights of Men; a very cruel injustice if you deny it to a man! --Thomas Carlyle

You can cage the singer but not the song. --Harry Belafonte

The free press is the mother of all our liberties and of our progress under liberty. --Adlai E. Stevenson

Our liberty depends on the freedom of the press, and that cannot be limited without being lost. --Thomas Jefferson

The press is not only free, it is powerful. That power is ours. It is the proudest that man can enjoy. --Benjamin Disraeli

Woe to that nation whose literature is cut short by the intrusion of force. This is not merely interference with freedom of the press but the sealing up of a nation's heart, the excision of its memory. --Aleksander Solzhenitsyn

The first principle of a free society is an untrammeled flow of words in an open forum. --Adlai E. Stevenson
Posted by Michael N. Marcus at 6:05 AM