I've never texted and don't plan to.
What's wrong with me?
What am I missing? 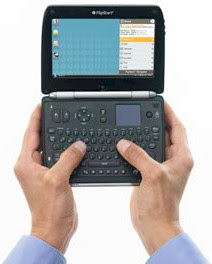 In my local paper on Sunday, there was a column titled "You can resist the modern era only for so long," written by Joe Amarante.

Joe says he knows "some defiantly low-tech people" who don't own a GPS, use dial-up modems for web access, and don't own cellphones or send text messages.

I'm certainly not a defiant technophobe or Luddite. I was one of the first purchasers of a Blu-ray player. I waited just one week to buy my iPad. I have four generations of iPods. I have seven flat-screen TVs in my house and four home theaters with surround sound and subwoofers. I subscribe to both XM and Sirius. I used to build HeathKits. I can solder and weld and wire a house. I have five Tivo boxes. I have at least a dozen digital cameras, GPSes in each car, and I don't even know how many PCs I have. I've been online since the days of 300bps connections and $150 monthly bills from CompuServe.

I've had cellphones for many years, and get a new one every two years even if I don't need one.

BUT, I have never sent a text message. I am unlikely to ever send one. I don't even know how to send one.

I use my cellphone for talking, or for taking pictures if something important happens and I don't have a better picture-taking device with me, or for checking the time if I forget to wear a watch.

Phones are for vocal communication.

"Phone" comes from an ancient Greek word for "sound" or "voice" -- not "text." Alex Bell was granted a patent for the telephone in 1876 -- 41 years after Sam Morse built his first working telegraph, which sent text messages. Bell provided a better way to communicate than Morse did.

Today it's certainly easier to "dial" a phone number or tap a speed-dial key than to learn Morse Code, or to thumb-type a text message. Some of the newest technology is voice response --  which allows people to "dial" calls  by voice, or even to control cars or to type by voice. When you want to check on your American Express balance, you can say your account number into your phone, not tap it on the touch-tone pad. The trend is to less button-pushing and more tongue wagging.

If I want to send messages with my fingertips -- such as a complicated address or a quote from a website -- I send email from a PC or iPad.

If no one answers my phone call, I can leave voicemail or call again later. Why should I thumb-type a message to be stored for later reading?

Texting seems to be for people who want to send information or ask questions, but prefer to avoid conversation, maybe because they are too bashful. Maybe they can't be spontaneous and must think before each word. I haven't been bashful since fifth grade -- and that was a long time ago.

Except for a few instances where it's too noisy to hear or be heard, or if it's much less expensive to transmit data than to transmit voice, why would I want to text anyone? I just don't get it.

Wikipedia says, "74% of all mobile phone users worldwide or 2.4 billion out of 3.3 billion phone subscribers at end of 2007" are texters.  "Text messaging was reported to have addictive tendencies by the Global Messaging Survey by Nokia in 2002 and was confirmed to be addictive by the study at the Catholic University of Leuven in Belgium in 2004."

There are much more pleasurable things than texting to be addicted to. Like blogging. Or sex. Or clams.