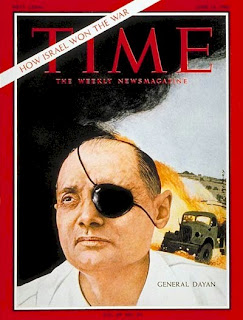 The people who said cataract removal and artificial lens implanting are no big deal were absolutely right.

Pain was minimal (actually, there was no pain at all). I'm typing just fine. Both eyes still work, and by seven last night my formerly "bad" eye was working better than my "good" eye. I watched TV without glasses for the first time in decades, and had no problem editing a book and watching a movie on my iPad.

The surgery took about 20 minutes. My surgeon Dr. Samuel Sprotzer, anesthesiologist Dr. Kishor Lathi, nurses Mary Ann and Barbara at the Connecticut Eye Surgery Center in Milford were skilled, comforting and in good humor. They do this dozens of times each day and their experience and knowledge made me feel a lot better during my first slicing. The surgery was routine for them, but not for me.

During the procedure I had the impression that Dr. Sprotzer was operating on me with his right hand, and using his left hand to hold my left hand.

Later it became apparent that my hand was being held by one of the ladies. I'm not sure who it was, but it felt good, and I recommend this treatment for others.

I was told that I'll probably need the same work on my right eye "sooner or later." Based on yesterday's experience, I think I'll go for "sooner." It was a lot less painful than having a cavity filled.

There is some glare from bright lights, but that problem is improving by the hour. My only annoyance is having to take 10 eye drops a day, and stay out of the swimming pool for two weeks (I'll probably cheat). I'll also have to get some new eyeglass lenses. I'm not supposed to drive until tomorrow, but I'm sure I'll be able to read the signs a lot better than I could on Tuesday. I also found and fixed a typo I made on this blog yesterday.