Tomorrow you can buy a Kindle at Target 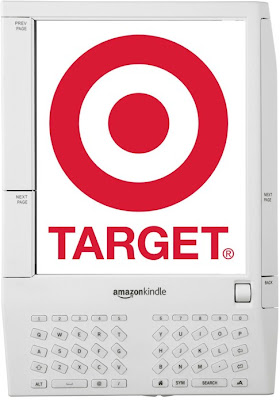 Target will start selling the Amazon Kindle eBook reader on Sunday, as the first bricks-and-mortar retailer to carry the product. Target will initially sell Kindles at its downtown Minneapolis store and at over 100 stores in South Florida, and will add more stores later this year. Target has not announced plans to sell Kindles from its website.

Kindle is the bestseller of millions of items available at Amazon.com, even outselling my books. It sells for $259 and has been available for purchase on Amazon.com exclusively until the availability at Target.

This parallels the situation with the Apple iPad, which was initially available only from Apple's website and stores, and at BestBuy stores, but not from other Apple dealers.