I'm not making history today.
I can't decide about the iPad 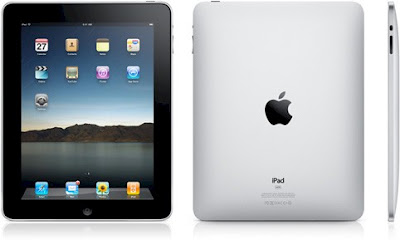 The iPad goes on sale in a few hours. Hardcore geeks and Appleholics have been waiting in the dark in front of Apple Stores and BestBuys since yesterday, but I'm still at home a few minutes after 5 a.m.

Years ago I lined up in front of an Egghead Software store so I could get Windows 95 when it went on sale at one second past midnight on 8/24/95.

Another time I arrived at 3 a.m. -- seven hours before the grand opening -- at a CompUSA so I could get a free 386 PC when I bought a state-of-the-art model with a 486 chip, and a free dot-matrix printer when I bought a pack of paper, and a free VCR when I opened a charge account.

Many years earlier I got one of the first pairs of ski boots that had clips instead of laces.

I also got a Trimline phone installed on the first day it was available in the state of Connecticut.

I was also one of the first customers at the first Taco Bell on Long Island (a disappointment), and the first McDonald's in Connecticut (I didn't know enough to order it without the pickle slices, ketchup and mustard and had to scrape off the crud).

And before that, I was one of the first to get a Davey Crockett coonskin cap.

But today, I will not be making history.

When the iPad goes on sale I'll be doing what I normally do at 10 a.m. on Saturday mornings, listening to "Click and Clack" on NPR with my dog, because I can't make up my mind about the iPad.

Unlike my wife, I seldom have trouble making decisions.

She'll debate, evaluate, re-evauate, consider and reconsider for hours, months or years. Small decisons seem to cause her more trouble than big decisions. She spends more time trying to choose between cole slaw and string beans, than she spent deciding whether or not to marry me.

I usually can make up my mind in seconds or minutes.

My wife's most common phrase is "maybe I shoulda got...." She still has buyer's remorse for purchases made over 40 years ago.

I seldom regret any decision. I know that a bad decision is better than no decision, because once I realize it's a bad decision, I can make a change and move on with life. If I buy a bargain watch on Yugster and I don't like it, I can sell it on eBay -- and maybe even make a profit.

But I can't decide about the iPad.

When it was first announced, I was certain that I'd be one of the first to own one.

It's undeniably cool. It's worth $599 with 32 gigs. The WiFi version is adequate for me -- no need to wait weeks for the 3G version. But is the iPad really a useful and worthwhile tool?

Would I use it enough to justify its cost, or will it be just another underused multi-hundred-dollar toy?

I thought a netbook would be useful -- but mine turned out to be so pokey that I never use it and instead schlep my huge widescreen HP laptop when I travel.

I've had four generations of iPods. My latest is an iPod touch. It's loaded with music, movies, talking books and TV shows.

But months can go by without my touching it. It usually stays stashed away unless I'm going to be on an airplane or have jury duty.

I'm sure the iPad would be much better for watching movies on a plane, but I probably would not schlep it to read books or magazines in a court house or doctor's office.

I doubt that I'd use it at home. I have no trouble with the present formats of periodicals. The NYTimes fits just fine on my kitchen table, as do the dozens of paper magazines I subscribe to. Other mags, plus the Wall Street Journal and other newspapers, look fine on my PC screen.

I don't care about mobile computing. I'm seldom more than a few minutes away from a real PC.

I don't need my 1978 Fiat Spider, but I want it. I don't need both indoor and outdoor phone booths, but I want them. I did not need to violate my rule to never buy first-generation technology and spend $1200 for one of the first Blu-ray players -- but I wanted it and do not regret it.

I'll probably get an iPad eventually. Maybe sooner, not later, even if I don't really need it.

People expect me to have one. For better or for worse, I have a reputation to uphold.