You can't make money by losing money. And if you're losing money despite charging a lot more than your competitors charge, you're doing something very wrong. 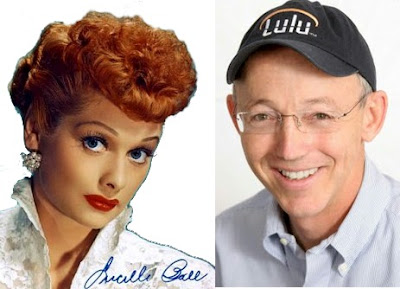 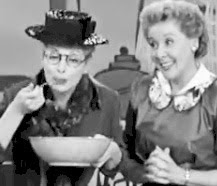 Years ago on the I Love Lucy TV show, Lucy Ricardo and Ethel Mertz frequently got involved in harebrained schemes to make money. In one 1954 episode they started a mail-order salad dressing business. When Lucy's husband Ricky asked her about the profitability of selling  Aunt Martha's Old Fashioned Salad Dressing, Lucy explained that they lose money on each bottle of dressing, but they "make it up in volume."

Bob Young is the founder and CEO of pay-to-publish company Lulu.com. Maybe he should have watched the Lucy episode. He might have learned that Lucy's formula is flawed and he shouldn't use it in his own business.

Lulu says it "has more than 300,000 recently published titles and more than 15,000 new creators from 80 different countries joining each week." Despite those impressive numbers, it loses money each year, and now wants to sell about $50 million in stock to erase the red ink.

The negative balance sheet is particularly noteworthy in view of Lulu's large sales volume, and prices that are much higher than competitors. For example, Lulu charges its customers $7.06 to print a 128-page 6-by-9-inch paperback book. Competitor CreateSpace charges just $2.50 and LightningSource charges $2.97.

If Lulu is losing its shirt despite charging several times as much as other print-on-demand companies, and has a huge sales volume, something is very wrong. Bob Young was ranked as a "Top Entrepreneur for 2006" by Silicon.com and was nominated as one of Business Week 's "Top Entrepreneurs" in 1999. Apparently he's a smart guy. He should be able to figure out why Lulu is in trouble.

Bob told Publishers Weekly, "We publish a huge number of really bad books” and revealed that the average Lulu print run is for fewer than two copies.

I will not be buying any shares of Lulu. If Lulu loses money despite charging much more than its competitors do, I can't imagine why anyone would risk money with them.