Why can't CreateSpace tell the truth? 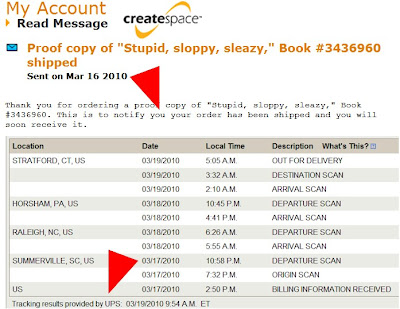 (Left-click to enlarge image.)
I recently ordered some book proofs from CreateSpace. I expected them to be shippd via Express Mail, for next-day delivery.

On 3/16 I received a message saying that the books were shipped. I expected to receive them on 3/17. By 3/19 they had not arrived and I contacted customer support. I was told that the proofs were actually sent via UPS "second day" and were shipped a day later than I was told.