Maybe Brent Sampson is not qualified to give publishing advice. And maybe he's a snuff perv. 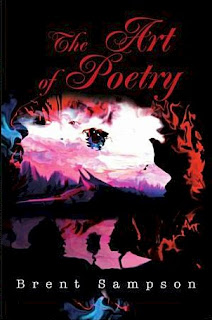 Inept and dishonest vanity publisher Outskirts Press was started in 2002 by Brent Sampson “after several frustrating attempts at traditional publication.”

Celebrity Parents magazine said that before Brent decided to self-publish, he received “many rejection letters (which he’s now proud of).” That’s pathetic! And why is Brent considered a celebrity?

His first book, The Art of Poetry, is a collection of illustrated poems, published by vanity press iUniverse in 2002. Amazon.com shows new books selling for under $19, and used books are offered for as little as $1.49. Despite over eight years of availability, there is not even one review for the book on Amazon.com.

The Product Description says, "Absorb into your soul the unique and stylized images that join each poem as they cast their spell. From the asphyxiation of sex to the zenith of being, The Art of Poetry exercises any excuse to be seen, heard, felt, tasted, or touched. Join artist/poet Brent Sampson as he illustrates the poetic nature of art and the artistic flair of poems within a collection of work that lingers on once the fixation is gone."

Hmm. I've read lots of books, but I never had a fixation to lick, eat or fondle a poem.

OTOH, maybe Brent just means that sex leaves him breathless, or leaves his sex partner breathless. Or maybe he means that his sexual activity is lifeless.

I wonder if Brent's wife, Jeanine Laiza Sampson, knows about her hubby's interest in sexual asphyxiation. Maybe someone should warn her, and call the cops.

The book is no longer available on the iUniverse website. Apparently its sales were so low that Brent decided not to pay the small annual fee to keep the book "in print."  Probably wisely, Brent has not published it as an Outskirts book. It's not even shown on his bibliography page on Amazon. Maybe he'd prefer that nobody knows about it. Sorry, Brent. TFB. We know about the book.

So, after having a disastrous experience with book sales on Amazon, Brent wrote Sell Your Book on Amazon: The Book Marketing COACH Reveals Top-Secret "How-to" Tips Guaranteed to Increase Sales for Print-on-Demand and Self-Publishing Writers.

Unfortunately, the book reveals no secrets and has no guaranteed tips. The title is fraudulent.

And, if Brent really is "an expert in the field of publishing and promotion" as he claims to be, he probably should've been able to move more of his poetry books.

It's also possible that it's just a shitty book that nobody wants to own.

Brent's poorly written introduction mentions a defunct website, TheSampsonGallery.com, where he apparently failed to sell much artwork from 2000 to 2006. Brent even tried to sell his artwork on clothing and housewares in an online "gift shop" operated by CafePress. You can see Brent's old site at the Internet Wayback Machine.