Another side of Brent Sampson? 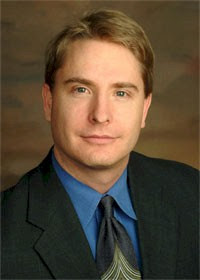 In the two years I’ve been aware of vanity publisher Outskirts Press, my opinion of the company and Brent Sampson, its founder and boss, has been mostly negative. I have frequently found him to be both deceptive and incompetent.

I recently heard Brent interviewed on BlogTalkRadio.com. Brent was putting his best foot forward and may have been acting, but he seemed articulate, knowledgeable, honest and even humble. I felt he was both less sinister and less stupid than his print persona.

Maybe this publisher should stick to verbal — not textual — communication.

I’d think more of him if I had never read anything he wrote. 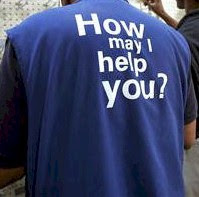 Memo to Brent: You say you're an "accomplished artist." Your portrait offends my artistic sensibility. It's time to vist a photographer and get a new pic.

Both collar points should be inside your jacket.

That tie is UGLY!

The brown background looks like shit (real shit). Either you or the photographer should have known better. Next time, pick a neutral color that provides contrast with your hair. And next time, either grow a real beard or shave off the "five o'clock shadow." Stubble may be appropriate in show biz, but not the book biz.