How looooooong should a book be? 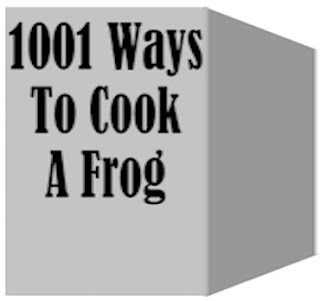 It's normal for writers to love their words -- but others may not share the love. Sometimes others may love the words, but they recognize that there are just too many words.

I voluntarily cut a book I wrote from 518 pages to 432 pages, and it's better because of the cuts. It may have been even better at 396.

When I wrote for my college newspaper, I became copyeditor to prevent others from chopping my work. I liked the control, but being in control may have let some sub-prime work get printed.

I later became an advertising copywriter, and learned that most people glanced at an illustration and a headline, and then turned the page without ever reading the body copy. Only a small percentage of people would read all of my carefully chosen words, so I modified my previous self-protective attitude and became willing to shorten my text to improve the appearance of the ad.

Now, as a self-publisher, I frequently cut out words, lines, paragraphs, sections and chapters to make the book look better and have an appropriate length for its price and its market.

Writing to a specific length is just another discipline that professional writers have to master -- like grammar and spelling.

Writers who freelance for magazines know not to submit 3,000 words when an editor wants 1,200. Lots of amateurs enter contests where they have to describe something "in 100 words or less." Twitter and Google AdWords have rigid limitations that people meet with little trouble. Text messaging also pushes people to be efficient with their words.

Some venues and formats are looser than others. An NPR producer may be told to "take the right amount of time," but Andy Rooney's commentary on "60 Minutes" has to fit into a rigid time slot.

A self-publisher who is more concerned about art than about sales can publish almost anything, but a writer who needs to convince someone else to pay for her words has to be flexible, realistic and responsive.