Trade magazines: the whores of journalism 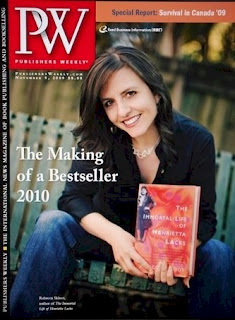 When I was a kid, I loved electronics. I went to Lehigh University to major in electrical engineering. I quickly realized it was a mistake and for my second semester I switched to journalism. During summers, I worked in retailing.

This combination made me the perfect candidate for my first post-college job, Assistant Editor of High Fidelity Trade News. It was  a magazine that served hi-fi dealers.

My starting salary (in 1970) was just $115 per week, but I had an impressive title. And unlike some of my classmates, I was working on a magazine in Manhattan, not a weekly newspaper in Duluth.

One thing I did not learn in life or at Lehigh, however, was how "trade journalism" works.

Publications that provide free subscriptions to hi-fi dealers (or gas station operators or beauticians or dentists or practitioners of any occupation) are completely dependent on advertising revenue.

Because of this dependency, there was none of the "church-and-state" separation of the editorial and advertising staffs that I had been taught was normal in journalism.

At The New Yorker, a Lehigh professor told me, editors and ad salesmen were not even alowed to be in an elevator together. Upper management feared that an ad guy would try to get an editor to provide positive coverage for an actual or potential advertiser even if there was nothing newsworthy happening.

At my first job, any news, no matter how insignificant, was treated as BIG NEWS, if it would help win or keep an advertising contract.

The magazine's boss was not really the editor, but Ken Nelson, the advertising manager. He planned our editorial coverage, i.e., ass-kissing.

We were not the only ones. Some other magazines were even worse whores than we were. I remember an industry event where Stanley Kermish, an over-eager ad man, was introduced to the boss of a hi-fi equipment manufacturer. The second sentence out of Stan's mouth was, "We're thinking of putting your new product on the cover."

I've been away from trade journalism for about 40 years and hadn't thought much about it until recently.

Publishers Weekly is an important magazine and I read nearly every issue to keep up with trends and news. A recent issue of the usually respectable magazine took me back to the bad old days. I felt like puking.

Although PW does charge for subscriptions (for its paper edition) it is very dependent on advertising, and now appears to be willing to get into bed with the sleaziest of the sleazy if the relationship might bring in a few bucks.

The PW management apparently realized that most of the ad money of the growing vanity publishers has been spent in Writers Digest and for online ads -- and PW wants a piece of the action.

The 12/21/09 issue of PW contains some of the most blatant, ill-advised and ignorant ass-kissing I've ever read. A puff-piece by Lynn Andriani portrays Kevin Weiss, "CEO of self-publishing giant Author Solutions," as a combination of Moses, Jesus, Washington, Franklin, Ghandi, Salk, Jobs and Gates.

Andreani repeatedly flings bullshit at her readers by describing Weiss's business as "self-publishing," when it is really vanity publishing. Vanity publishers make most of their money by selling services to naive writers, not by selling books to readers. Vanity-pubbed books are often ugly, error-filled and overpriced, and they sell poorly.

Adriani wrote, "Over the past 13 years, Author Solutions' brands — AuthorHouse, iUniverse, Trafford, Wordclay, and Xlibris — have published more than 120,000 books by 85,000 authors."

Hey Lynn, If Author Solutions "published" those books, the authors were NOT self-publishing.

Is that too hard for you to understand?

A writer at an important publishing industry publication should know better.

In the past, PW called Author House a "print-on-demand subsidy publisher," but now the mag is willing to use illegitimate terminology to grant them undeserved respectability. As a result, I now have less respect for PW.

(PW is owned by Reed Business Information. Reed publishes lots of trade magazines. Some of them print ads on their front covers where news belongs.)