Save up to $199.
Write your own Outskirts Press press release


Inept vanity publisher Outskirts Press charges its customer/victims $99 or $199 to produce a crappy press release to announce their new books.

Through the magic of the Internet, I am pleased to offer a FREE do-it-yourself Outskirts Press press release template. All you have to do is fill in a few specifics about your book, copy and paste the completed document onto the website of a freebie news distribution service such as PR.com or  PR Log, and you will have achieved everything that Outskirts would charge you for.

Just replace the blue-colored words below with information about your own book. 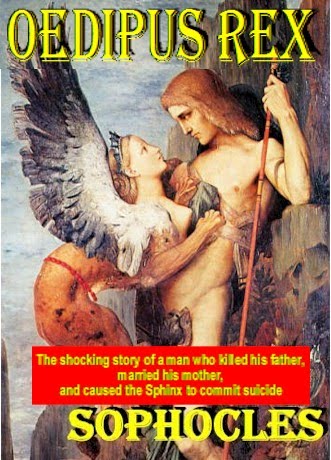 Athens, Greece, January 07, 429 BCE --(PR.com)-- Outskirts Press, Inc. has published Oedipus Rex by Sophocles, which is the author's most recent book to date. The 6 x 9 paperback cream in the Fiction/Tragedy category is available worldwide on book retailer websites such as Amazon and Barnes & Noble for a suggested retail price of $14.95. The webpage at www.outskirtspress.com/oedipus was launched simultaneously with the book's publication.

About the Book (Excerpts & Info)

Oedipus Rex is an epic story that examines the constant battle between parent and child.

The main character, Oedipus, is the son of King Laius and Queen Jocasta of Thebes. After Laius learns from an oracle that he will be killed by his son, he orders Jocasta to kill the infant Oedipus. Jocasta then orders a servant to do the killing, but the servant abandons the baby in a field, leaving the baby's fate to the gods.

A shepherd rescues the infant and gives it to another shepherd who takes the baby to Corinth, where Oedipus is taken in and raised in the court of the childless King Polybus as if he were his own son.

As a young man, Oedipus hears a rumor that he is not the biological son of Polybus and his wife Merope. When Oedipus asks them, they deny it, but he is still suspicious and he asks the Delphic Oracle who his parents really are. The Oracle seems to ignore this question, telling him instead that he is destined to have sex with his mother and kill his father. Desperate to avoid this horrible fate, Oedipus leaves Corinth in the belief that Polybus and Merope are indeed his true parents and that if he stays away from them, the prediction can't come true.

On the road to Thebes, he meets Laius, his true father. Unaware of each other's identities, they quarrel over whose chariot has the right-of-way. King Laius tries to hit the insolent youth with his sceptre, but Oedipus knocks him off the chariot and kills him, fulfilling part of the oracle's prophecy.

Shortly after, Oedipus solves the baffling riddle of the Sphinx: "What is the creature that walks on four legs in the morning, two legs at noon, and three in the evening?" People who can't answer, are killed.

Oedipus replies, "Man" (who crawls on all fours as an infant, walks upright later, and needs a walking stick in old age), and the frustrated Sphinx throws herself off a cliff.

Oedipus's reward for answering the riddle and freeing Thebes from her curse is the kingship of Thebes and marriage to Queen Jocasta, his widowed biological mother. He has sex with her and the prophecy is fulfilled, although the main characters don't know it.

Josasta has children with Oedipus (his daughters are his sisters, his sons are his brothers, his uncle is his brother-in-law). Eventually the family history becomes known. Jocasta hangs herself, and then Oedipus removes the long gold pins that held her dress together, sticks them into his eyes and begs to be exiled.

Deftly constructed at 169 pages, Oedipus Rex is being aggressively promoted to appropriate markets with a focus on the Fiction/Tragedy category. With U.S. wholesale distribution through Ingram and Baker & Taylor, and pervasive online availability through Amazon, Barnes & Noble and elsewhere, Oedipus Rex meets consumer demand through both retail and library markets with a suggested retail price of $14.95.

Additionally, Oedipus Rex can be ordered by retailers or wholesalers for the maximum trade discount price set by the author in quantities of ten or more from the Outskirts Press wholesale online bookstore at www.outskirtspress.com/buybooks.

(Plot summary adapted from Wikipedia, cover iIllustration uses "Oedipus and the Sphinx" by Gustav Moreau, from The Metropolitan Museum of Art)