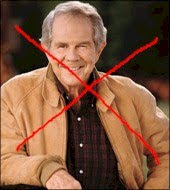 As more news about the earthquake tragedy in Haiti comes out, we also learn how pathetic the "normal" living conditions are in that country.

By almost every standard (literacy, life expectancy, nutrition, income, violence, corruption) it is a terrible place to live. The country was founded with a rebellion against slavery, and even in "freedom," its people have suffered from economic chaos, brutal and dishonest governments and often violent weather.

Nevertheless, the Haitians are a proud and powerful people, with a rich heritage and drive to survive. I am at least a little confident that, especially with the huge international relief effort, the Haitians who survive will ultimately have better lives. They deserve a country where there is less chance of buildings collapsing, and where hungry children won't eat dirt or get shot on the way to school.

In 2009, life in Haiti was actually getting better.

And now, senile asshole televangelist and presidential wannabe Pat Robertson claims that the Haitians deserved the earthquake. Pat thinks they were cursed by God for making a deal with the devil in 1804 to get free from their slavemasters. Pat claims the slave rebels said, "We will serve you if you will get us free from the French. True story. And so, the devil said, okay it's a deal." Pat (Actually, his first name is Marion), SHUT UP!

Raymond Joseph, Haitian Ambassador to the U.S. responded to Pat by pointing out that Haiti's freedom led to freedom across Latin America and even helped the United States. He said, "The U.S. was able to gain the Louisianna Territory for $15 million. That's three cents an acre. That's 13 states west of the Mississippi that the Haitian slaves' revolt in Haiti provided America."

With a per-capita income of about $1,300 per year, small donations from abroad could make a big difference -- even before the earthquake.

Because of the Great Recession, American families are also suffering. Many Americans have lost jobs, homes and medical insurance. Retirees have gone back to work. Students are switching to less-expensive colleges. The military services are viewed as employers.

But despite our misfortunes, we are still much better off than Haitians, and they deserve our help.

Even if your family is having trouble making ends meet, you should be able to find $5, $10, $50 or more that could make the difference between death and life, or between awful misery and slightly less awful misery.

If you were planning to go to a restaurant this weekend, go to a less expensive place and donate the difference. Drink water instead of soda, beer, wine or a cocktail. Have one less topping on your pizza. Skip an appetizer or desert. Or stay home and find something in the fridge or freezer and donate what the restaurant meal would have cost. Maybe you could get by with a less-expensive bed spread, or give a less-expensive gift, or skip a car wash or two. Instead of giving someone an unneeded present, make a donation in that person's honor.

Google has made it easy to make a donation to help the people of Haiti. Please CLICK to give, and post this information wherever you can.