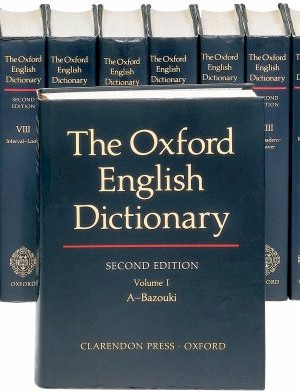 The English language now has somewhere between 600,000 and 1,000,000 words (my dog recognizes about 20 of them). Each year old words fade away and new words gain acceptance. Some words are extremely common. Some are  shunned. Some are encountered only in scientific documents or word games.

For 2009, dictionary publisher Merriam-Webster first recognized such terms as "carbon footprint," "staycation," "vlog," "webisode," and "waterboarding." They did not necessarily first show up in 2009, but M-W decided that they were used often enough in 2009 to be officially noted.

Despite the huge number and variety of English words, I think we still need a few more -- and they have nothing to do with modern technology like hybrid cars or 3D TV.

"You" has become acceptable for both second-person-singular and second-person plural use, but "are" just seems weird when coupled to a singular noun.

"Aren't I?" sounds like a subject/verb mismatch, and "am I not?" sounds Biblical or Shakespearian -- certainly not appropriate for the 21st century.

There is a very simple solution: amn't, for such uses as: "Why are you taking the small car? Amn't I going with you?"

I first thought of this in sixth grade. My teacher dismissed my suggestion claiming that "ain't" originally meant "am not" and was pronounced "ahnt." She said that the word has been so frequently misused that it's no longer considered proper English, even when used the proper way.

I'm not the first to think of "amn't." It's used in dialects of Scottish English and Irish English.

More than 50 years have passed since my teacher spurned my suggestion. Today I am trying again.

That phrase is awkward and wastes space. In my own writing, to be gender-neutral, I mix up "he" and "she" and "he or she" and "she or "he."

Other writers use a silly and inappropriate "they" for a singular person to avoid specifying a gender. "When they sit in the driver's seat" just sounds stupid.

I wish we had something simpler like "s/he." Actually, that contraction has over a half million Google links but I don't think I've ever seen it on paper. I think I may start using it. If enough writers use it -- and their editors don't change it -- s/he could save some ink and some trees.