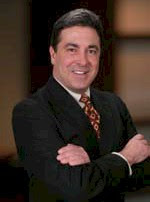 Every author needs a portrait, for the backs of books, websites, blogs, press kits, posters, etc.

Unfortunately, many authors use amateur photos shot by friends or relatives, with bad lighting, bad focus, distracting backgrounds and other sins.

The price of a portrait shot in a professional photographer's studio can easily be in the $300-$1,000 range, too steep for many writers who don't have a publisher to pick up the check.

Fortunately, there is a good low-cost alternatives that few authors think of -- the photo studios inside retail stores such as Sears, Penney, Target and Walmart.

While most of their business involves babies and family Christmas cards, they will take pictures of solitary adults, often at ridiculously low prices.

Walmart's "PictureMe" studios are now offering a special for just $7.99 that will give you 32 prints of various sizes from one pose, or 20% off other packages. You can scan a paper print yourself or pay a few buck for a digital photo on a CD-ROM.

They'll likely lose money if you spend just $7.99 so they hope to sell you lots of high-profit addons, but you probably won't need them.

You can also get a "business portrait package" for $65 or $100 that includes up to six poses on different backgrounds, and the CD-ROM.

It's not clear if the quality of the $65 package differs from the $7.99 package, but the more expensive deal includes a CD-ROM, but probably does not include a lollipop.

Walmart's service is provided by CPI Corp, which also operates the studios in Sears.

Sears is currently offering a 35-print package for $7.99, or 20% off other packages. Their business portrait services are the same as Walmart's.

Lifetouch Portrait Studios owns and operates Target Portrait Studios. They are currently offering discounts of 40% and 50% off regular prices. As with mattresses, it's extremely unlikely that anyone ever pays the "regular" price.

JCPenney has portrait studios, too, operated by the same company that operates the Target studios, with similar prices and promotions.

Many other stores and independent studios around the country have good deals on portraits. Shop around and ask questions. You may be pleasantly surprised to learn that a studio that offers bargains for babies will also take your picture and do a good job with it.

The photographer will probably be thrilled to have a subject who does not vomit on her, or require funny faces to illicit a smile.

One tip: although you can choose from many backgrounds, at least one should be plain white -- the most versatile for web use. Also: don't pay extra to get both color and black-and-white version of the same photo. Anyone with graphics software can convert color to B&W in seconds for free.

The picture I've been using was taken by a newspaper photographer to accompany an article about me nearly two years ago. The aviator eyeglasses look a bit out-of-date. I think I'll see how Walmart or Sears can portray the "new me."