This publisher's real story is stranger than fiction 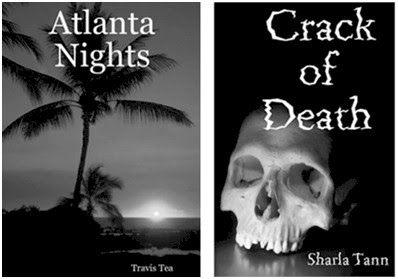 (above) PublishAmerica idiots published books written by "Travesty" and "Charlatan."

PublishAmerica (“PA”) tells potential authors it’s a “unique and traditional publishing company.” It is unique, but since a PA author’s advance may be just a dollar, and editing and promotion are almost non-existent, it’s not a traditional publisher.

The company says that it’s the “nation’s number-one book publisher,” and that it “publishes more new titles than any other traditional book publisher.” PA even claims to “receive more queries from new authors than any other book publisher in the nation.” That’s a statistic that they can’t support because other publishers certainly won’t give them query numbers.

PA has a strange marketing philosophy. It wants authors to provide a mailing list so PA can pester friends and relatives to buy and publicize books.

Jenna discussed author Ken Yarborough, who tried to prove that PA was not selective about accepting manuscripts and did not reject 80% of proposed books, as the company states. Ken submitted a book that consisted of the same 30 pages repeated over and over again— and PA accepted it!

Miranda Prather, PA executive director, claims that the company accepts only high-quality manuscripts for publication and has “30 full-time editors.” Apparently none of them checked PublishAmerica’s own website. The site says, “We submit the book to our wholesalers and wholesalers,” “There’s [sic] 190,000 other authors out there,” and “There is this fast-growing number of Internet bookstores.” Yuck.

Prather’s own life would make an interesting book.

Prather was charged with seven counts of harassment and one charge of filing a false police report. She agreed to plead guilty to reduced charges in exchange for probation instead of imprisonment. After the plea bargain, Prather joined PublishAmerica— a company with a reputation to match her own.

Authors told Publishers Weekly that PA “sells books to which it no longer holds the rights;… doesn’t pay royalties it owes; engages in slipshod editing and copyediting; sets unreasonable list prices; and makes little effort (and has had little success) in getting books into bookstores.”

The company says, “PublishAmerica is not in any way a POD,” and “In the most commonly used context, POD indicates Publish On Demand.”

That’s not true. There is no such thing as Publish On Demand. The standard meaning of POD is Print-On-Demand— a process that PA does use. Books can be printed on demand, but they can’t be published on demand.