WOW. I've been banned by another blogger's robo-censor! 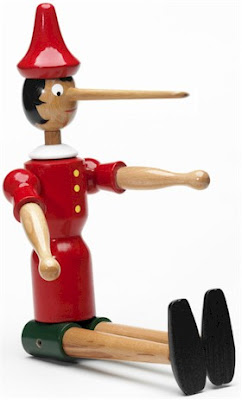 The new operation, WestBow Press, exists to extract money from ignorant, inept and naive writers whose work is not good enough to be published by the "normal" side of Thomas Nelson.

Last month I wrote that the company's lies about "free books" that are not really free, and calls its service "self-publishing" when it is really vanity publishing.

No one can "self-publish" for you, just as no one can eat lunch for you or go to school for you. The term "self-publishing company" just doesn't make sense.

Hyatt writes a blog that promotes his business and carries ads for such high-morals services as a pastors conference, "soul care" for Christian leaders, and an online seminary. (For a mere $19,000 I can earn a Master of Divinity degree while sitting at this desk in my underwear.)

Hyatt recently posted about WestBow, and invited comments from readers. Some readers were thrilled to have the opportunity to have their previously unpublishable work published -- even if they have to pay as much as $6,499 (including some "free" books).

This morning I tried to upload a brief comment about WestBow's dishonesty, and I said that lying is particularly inappropriate for a holier-than-thou company that tries to cash in on its Christianity.

As soon as I clicked on "submit comment," my words disappeared and were replaced by a somber note saying, "This comment has been deleted by the administrator."

The rejection took less than a second and it was obvious that no human administrator had read my words.

I was suspicious and tried two tests. I simply tried to submit "test" and then "good morning," and both comments were instantly rejected by Hyatt's robotic censor.

It looks like the pathetically paranoid Hyatt maintains an enemies list, just like "Tricky Dick" Nixon. His blog is programmed to block my words based on my IP address, even if I say something nice.

Hyatt says, "Please note: I reserve the right to delete comments that are snarky, offensive, or off-topic."

He also deletes comments that try to reveal the truth about his lies.

I hope there's a special place in the worst part of hell for priests who molest children, ministers who cheat on their wives and steal from their congregations, and for overtly religious businessmen who lie to their customers.