Black Friday Lessons (for every day) 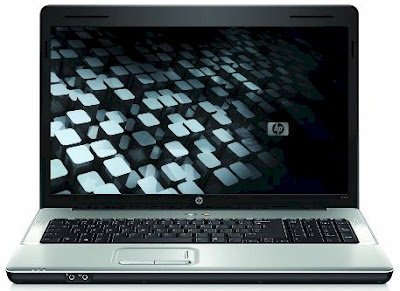 A usually reliable source told me that Target was offering my choice of either a one-terabyte internal hard drive or a half-terabyte external hard drive for $60 as a door-buster limited-stock special today. I arrived at my nearby Target at 4:50 a.m. and was told they were sold-out.

Next stop was Sam's Club, which was advertising an amazing deal on an HP laptop with Windows 7, 17.3" LED-lit screen, Blu-ray player and sundry bells and whistles for just $499, about 4-500 bucks less than a "normal price."

Alas, I was told these were sold-out, too. I asked a second person and got the same bad news. I asked a third person and she offered to check in the back.

She found two, and I bought one. It's WONDERFUL. It's MAGNIFICENT. I LOVE it. HURRAY for HP.

Thinking that my luck might have changed, I went to a second Target.

The drives I found on the shelf were external only. I asked one bearer-of-the-coveted-red-shirt, who said the internal drives were sold-out. A second scarlet-clad "guest advisor" advised me of the same situation. A third person with a bullseye on his belly said that the cashier had some behind the counter, and I should get on line.

After 15 minutes I reached the head of the line. I asked the cashier if there were any internal drives left and she said, "yes, but just a few."

Smiling, I decided to push my luck and I asked if there was any limit on the quantity I could buy. I started salivating when she said there was no limit, and I asked for four.

She bent down below the counter and came back up with a stack of four boxes, clearly marked "EXTERNAL."

I told her that I wanted INTERNAL.

She asked me what the difference is between internal and external.

I told her to ask her gynecologist.

Another red-shirted Targeteer who had observed our interaction checked the ad and determined that for $60 I could have my choice of either a half-gig or full-gig EXTERNAL hard drive. Target did not have any special deals on internal drives. (In retrospect, internal drives are much too geeky for a store like Target to sell and I should have been suspicions of my reliable source and checked the ad myself.)

So, I got a nice laptop, a 42" TV for the guest room, a bunch of Blu-ray movies and a free breakfast (at Sam's), some more Blu-rays and an external hard drive (at Target), a couple of pairs of pants and an inexpensive video camera to keep in my briefcase (at Kohl's), and a ton of drill bits and about a dozen flashlights (at Lowes).

I also learned three important lessons: (1) A reliable source is not always reliable, (2) Don't trust anyone wearing a red T-shirt with a bullseye on it, and (3) Never take "no" for an answer.