Tower: another bookseller to avoid 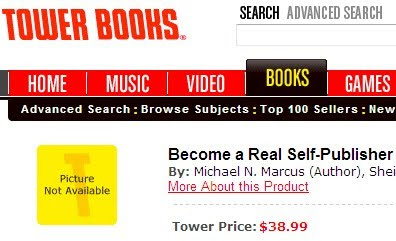 From 1960 until 2006 Tower Records was a major seller of recorded music and video. It started with one store in Sacramento, and grew to nearly 200 stores in the US and other countries.

Back in 2000, the Tower website was ranked No. 1 for online music sales -- even ahead of Amazon.com.

According to Forbes magazine, "Tower was the last chain striving to offer an in-store "deep catalog" selection -- stocking... a vast array of titles in ... niche genres.... Yet in straddling the old and new worlds of retailing, Tower reneged on that commitment in all but the biggest stores --maintaining shell operations in stores they should have shed years ago, foolishly trying to hang on to a nationwide retail chain."

"With a management that would not have known Peter Drucker from Curious George, it was no surprise that staff were treated as a burden, not a resource. For all the lip-service paid to the alleged importance of employees, Tower hyped the 'fun factor' to draw in job applicants but offered next to nothing in pay and benefits. The result was unacceptable staff turnover and an unlikely mix of dedicated aficionados and colorful ineptitude that set Tower employees only marginally above the Kinko's crew. The ones who were savvy and trainable left as soon as they could. Any customer who has to spell "Mozart" or "Coltrane" to the clerk supposedly helping locate a particular album will quickly lose an appreciation for personal customer service."

Tower Records entered bankruptcy for the first time in 2004 due to heavy debt from aggressive expansion, increased competition from discounters, online music piracy and mismanagement. In 2006, it was bankrupt again and the name and online operation were sold.

The current Tower.com has ridiculous rip-off prices, and as with HotBookSale and DiscountBookSale discussed last week, and Booksamillion, there is probably no reason to buy from them

Tower can't be trusted. They deserve to go bankrupt a third time. Spend your money someplace else.