The Phantom Menace in Microsoft Word 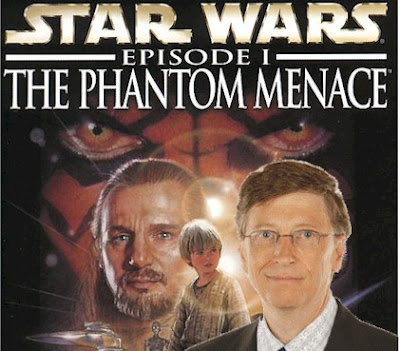 Sunday afternoon I thought I was ready to submit the final version of a book to Lightning Source for printing. I had read, re-read, and re-re-read until my eyes were bulging and blurry.

I knew it wasn't perfect (no book ever is), but I decided that it was good enough, and knew that it was better than many other books.

I tapped a few keys to produce a PDF from my Microsoft Word document -- the same procedure I'd previously done at least 100 times.

This time I had a surprise. And not a happy one.

When I examined the PDF, there was a BLANK PAGE inserted after page 6.

Page 7 was marked as page 8, and the total page count showed 433 pages instead of the proper 432.

I looked at the Word doc again. It seemed perfectly normal. There was no sign of the phantom page. The last page was page 432 as it should be.

I realized that my brain was too wilted to be productive, and decided to try again Monday morning.

Monday morning, after a good rest, I again tried to find where the phantom invasion originated.

I worked two hours and gave up. In desperation, I decided to invest 50 bucks and call Microsoft.

I spent nearly two hours on the phone, with no solution. The Micro-Man said he'd call me back about four hours later.

He did, and he had found what generated the phantom page.

For some unknown reason, one of my pages had an extra page break in its formatting.

For some unknown reason, the extra page was invisible in Word, but showed up in a PDF or if I printed a few pages.

When I eliminated the extra break, the phantom was eradicated.

The Force was with me. I hope it will be with you.