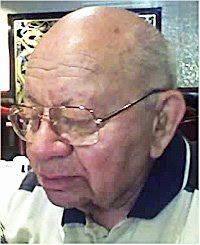 My father is the source of my love of reading and my interests in business, building things, technology, travel, tropical fish, history, maps, food, collecting, cigars, pranks, photography, law, language and probably everything else I care about.

My father would frequently fall asleep at night leaning into a book. He accumulated tall towers of unread newspapers and magazines. I’m the same way.

Dad was one of the world’s funniest story-tellers and is a major influence on my writing. We both include lots of details.

Almost every sentence from the mouth of "Buddy" Marcus was part of a lesson. Dad was driven to explain things, but he was also driven to keep talking long after the point was made, received, understood, memorized and contemplated.

I’m the same way. I’m pedantic like my Pop. If I have plans to deliver a perfectly crafted lesson or explanation, I expect the audience to stay with me until the bitter end. I don’t like listeners or readers who cheat and figure out the ending before I perform the finale. (I know it's really not hard to figure it out. Maybe I just like my own words.)

He had a very full life. It was so full, in fact, that by last Spring, after 87 years, Pop had done all that he had wanted to do. He had checked off every item on his “Honey Do” list and had simply run out of things to look forward to.

He had seen it all, done it all, heard it all and read it all. He probably even tasted it all.

Pop was tired, worn down and worn out. Life was seldom fun anymore, and he frequently upset those of us who love him, by telling us that he had lived long enough.

It was hard to argue with Dad about anything, and extremely hard to win an argument with him.

When I last visited my father in April, he asked what day it was. I said it was Saturday. Dad responded that Sunday would be a nice day to die. I couldn’t argue with that. Actually, I couldn't find any words to say to him.

We could not convince Dad to hang on a while longer for a miracle cure. A new pill or a new injection or new exercise wouldn’t help. There’s no miracle that could cure my father’s feeling that “enough is enough.”

In his jokes, Dad frequently spoke of “taking a dirt nap.” Tomorrow he gets to start his. And it’s exactly what he wants to do.

So what does this have to do with writing, and the title of today's posting?

As the writer in the family, I was assigned to write the obituary for the newspaper.

There were endless emails and phone calls. I had to determine the proper hyphenations for some complex first and last names, and learn which female relatives prefer to use their fathers' last names instead of their husbands' last names, and to confirm that Danny would not want to be listed as Dan or Daniel.

I think I managed to get all of that stuff right. But an hour after I emailed the obit to the funeral director I realized that I said my father died when he was 86. A simple subtraction revealed that Pop was really 87. I didn't want to cheat him out of a year so I called the funeral home, and was relieved to learn that they had caught and fixed my flub.

Early this morning I looked at the newspaper's website. The New Haven Register is notorious for sloppiness. In one issue in my collection, they printed two different dates on two different pages, so I was anticipating at least a minor disaster.

Sure enough, the Register said that my father died on July 22nd, but he actually died on the night of the 21st -- 40 years and one day after Neil Armstrong first touched the moon.

I can't blame the paper for this one. When I wrote the obit I used the date of my writing, not the actual date of Dad's death.

Maybe I gave my old man an extra day, but I wish the funeral home had caught this error, too. It would have been even better if I caught it myself.

UPDATE 7/25: In the obit, I wrote that my father graduated from college with honors at the young age of 20. He had skipped a grade while in public school. I got that age from my mother, whom I assume had reliable information. At the funeral I learned that Pop actually graduated college when he was just NINETEEN, because he was so smart he skipped TWO GRADES.

Apparently fact-checking by asking my own mother -- my father's wife of 65 years -- was insufficient research. Lesson for the future: you can't rely on any person's memory, especially during a tension-filled time.

Also, I had written that the funeral would be at a cemetery in New Haven. My know-it-all brother, the one who had corrected Dad's age at graduation, insisted that the cemetery is across the border in Hamden.

It turns out that Mr. Know-it-All did not know it all. Pop did graduate at 19, but yesterday he was buried in New Haven. I got that one right.