Why is self-publishing so popular now? 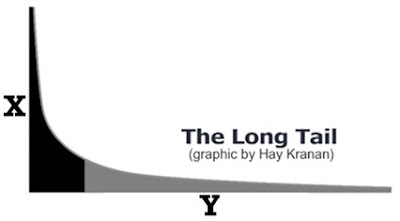 Various words and phrases have sometimes become “buzzwords” -- terms that ignite passions and pull dollars out of wallets, even if they are misused, mispronounced or misunderstood.

"Self-publishing" has become a powerful, popular and often misleading buzzword.

In the early 21st century self-publishing is buzzing and booming for several reasons:

It’s part of a general cultural trend, aided by advances in technology and falling costs, to remove middlemen between creative people and their audiences and to equalize distribution. Tiny companies — even one-person companies — can have the image and impact of giant corporations.

 Musicians and singers bypass record companies and make CDs to sell at concerts, and put recordings on-line for downloading by fans.
 Bloggers reach readers without needing newspapers or magazines to publish their words.
 Videographers can reach a worldwide audience on YouTube.
 Thousands of people, businesses and organizations publish e-zines, websites, catalogs and newsletters with little or no professional assistance.
 Politicians and business leaders can reach voters and customers with email, blogs and websites, and not depend on reporters to interpret and distribute their news.

For several decades, there’s been a trend to “micro-ization” in many areas of commerce.
 Giant movie theaters have been divided into multi-plexes that show many movies at one time to smaller audiences.
 Department stores are disappearing as boutiques and specialty shops are opening.
 Major beer brands face increasing competition from micro-breweries.
 Giant radio broadcast stations are losing listeners to tiny Internet radio stations and satellite radio channels that “narrowcast” to a fragmented audience.
 The traditional big-three TV networks are losing viewers to cable channels and webcasts.
 There is an increasing desire to buy food that is grown or produced nearby, rather than by a distant corporate giant.
 Through “micro-finance,” tiny banks loan small amounts to many people, and can change the world.

As demonstrated by “the Long Tail,” technology makes it possible to make big money selling small quantities of many products with limited appeal.

In a 2004 issue of Wired magazine and in a book that followed, Chris Anderson used the phrase “the Long Tail” to describe businesses such as Amazon.com that make a lot of money by selling a huge number of items, mostly in small quantities, instead of selling just a few items in huge quantities as in traditional retailing.

Josh Petersen, who worked for Amazon, described the Long Tail this way: “We sold more books today that didn't sell at all yesterday than we sold today of all the books that did sell yesterday.”

In the graph above, Amazon’s book or movie sales could be represented along the vertical “X” axis, while the book or movie ranks are shown along the horizontal “Y” axis.

Sales of the large number of “unpopular” products are called the Long Tail and are represented by the gray area on the right in the graph. A more accurate representation of the Long Tail would require a much wider monitor screen, stretching almost to infinity to include many items that may sell as few as one copy. The purchases of more popular products are represented by the black area on the left in the graph.

Obviously, the most popular items sell in the greatest quantities, but the total volume of low popularity items exceeds the total volume of high popularity items.
The aggregate profits of the items that have low demand and low sales volume can exceed the relative bestsellers, if the distribution channel is capable of moving enough inventory and can do it efficiently and inexpensively.
Where storage and distribution costs are insignificant — as with self-published and other Print On Demand books — it can be profitable to sell unpopular products.
Shopping for unpopular, hard-to-find items is made much easier by the Internet, with search engines and user recommendations that provide access to both products and opinions from far beyond a normal shop-ping area.
Traditional book publishers concentrate on the left side of the graph, aiming to print and sell large numbers of a few titles that will appeal to tens of thousands of people. They ignore the right side of the graph — where small niche publishers including self-publishers — may actually sell more books in total, even one-at-a-time.
Posted by Michael N. Marcus at 7:00 AM