Declaring Independence,
and addiction to publishing 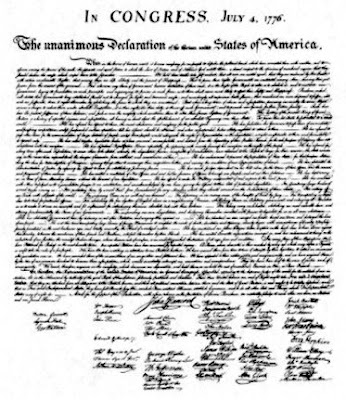 Independence from England in the 18th century led to the establishment of a vibrant and strong democracy in the United States, where “anyone can be president.”

In the 21st century, independent self-publishing, made possible by new technology, has led to a democratization of publishing where any writer can be published.

Anyone with access to the Internet can publish information, discoveries, entertainment and opinions to be read by dozens, hundreds or millions — at no cost except for the time invested.

Anyone with a few months and a few hundred dollars can publish a book that looks just as good as books published by the companies that have published books since the 19th century.

Both boring fools and creative geniuses have equal potential to reach the public.

For better and for worse, all creative people now compete on a level playing field, and the ultimate judges of quality are readers, listeners and viewers — not the gatekeepers of traditional media businesses.

Writers are often unable or unwilling to have their books published by “traditional” publishing companies and decide to “self-publish.”

They’re really just customers of companies that make most of their money by selling services to writers, not by selling books to readers, and they give up a lot.

If you visit the websites of companies such as AuthorHouse, BookSurge, Xlibris, iUniverse, Dorrance or Outskirts Press, you’ll see that the homepages are mainly sales pitches to convince writers to buy services. There are only small sections devoted to the “book store” departments where books are sold. The relative space shows what’s most important to these companies — selling services, not selling books.

While there may be legitimate reasons to use these companies, the writers who use them will often wait longer for books to be sold, have less control over the appearance and quality of the books, spend more money, make less money, wait longer to get their money, and have a lower quality book than if they became independent self-publishers.

It’s not difficult to become an independent self-publisher, and the potential rewards, advantages and enjoyment can be enormous.

I’ve been writing professionally for nearly 40 years. I’ve had books published by big-name traditional publishers and small specialty publishers. One thing these companies all had in common was that I was very disappointed with their results.

In 2008 I decided to form my own publishing company to publish one book. I am nearly finished writing the fourth book to be published in five months. I have about six more planned.

Writing and publishing are addictive. The more you do it, the more you want to do it.

As I get older, my to-do list is growing, not shrinking. That's good, because it gives me a reason to get out of bed in the morning (usually around 3:30AM).