Are you good enough to publish?
Take the crap test. 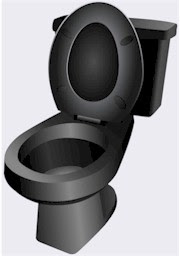 Many writers turn to self-publishing after accumulating a pile of rejection letters. Their ego, over-confidence or blind ignorance may make them think that all of the agents and editors who rejected them are idiots who don’t recognize the work of a true genius when it’s displayed before them.

If this describes your situation, before you expend any money, time or effort in becoming a self-publisher, and if you want to publish for money and not merely for ego gratification or perceived status, I strongly urge you to take the crap test.

If you can’t pass the crap test, it doesn’t mean that you shouldn’t self–publish. But it does mean that it’s extremely unlikely that you’ll make any money at it, and that the money you spend may as well go down the crapper.