No matter how many time you check your manuscript, there WILL be errors in your final printed book.

One way to minimize the goofups is to read your future masterpiece in multiple formats, including the original word processing screen, a PDF on screen, and a printed paper proof.

Let others read it, and have one of them read it out loud to you.

One problem that's almost invisible on PC monitors but can be seen in a printed book are sentences or paragraphs that are gray instead of black. Look closely.

And watch out for straight apostrophes and quote marks that really should be curly.

This is a common problem when you copy and paste from text that was intended for Web use, where curlies are seldom used. The difference may be hard to spot on a PC screen, so ZOOOOOM up to 120 - 180% of normal to make the errors stand out.

Posted by Michael N. Marcus at 2:30 PM No comments: 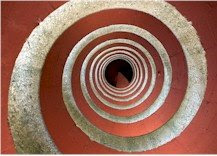 Several times while writing one book, something I wrote gave me the idea for another book on another topic.

Two weeks ago I "gave birth" to another kind of offspring.

While finishing up a buying guide to phone systems and phones that ran nearly 400 pages and sells for $29.95, I realized that there are probably people who don't need everything in that book or don't want to spend that much money, or both.

I started chopping chapters, paragraphs, sentences and words, and now have an abridged version with 210 pages that will sell for $19.95 and should reach people who would not buy the bigger book.

I'm not afraid of hurting sales of the big book. I'll make decent money on both versions, and each book promotes the other one, as well as my other books.

There are many ways to re-package and re-sell the same words. Think of different sizes, electronic media, dramatic scripts, different languages, etc.
Posted by Michael N. Marcus at 12:34 PM No comments:

A trick for beating writer's block

Sometimes it can be very tough to type the first word. Sooner or later "writer's block" affects most people who have to write -- professionals as well as school kids.

It can be caused by a complete lack of creative inspiration, or by fear of writing the wrong thing, by hatred of the subject matter, by depression, or even by an uncomfortable chair or a keyboard or monitor at the wrong height. The blockage can last for minutes, hours, days or even longer.

Perhaps the worst case of writer's block involved Henry Roth (photo). His Call It Sleep was published in 1934. After its publication his writing was blocked and he worked as a firefighter, metal grinder, mental nurse, poultry farmer and teacher. His next book was published in 1979.

For a school kid, writer's block might mean an "F" on a term paper.

For a professional writer, the effects can be much worse. I was fired from my first job as assistant editor of a magazine when I had a two-week dry spell.

Since I don't want that to happen to anyone else, I hereby offer a simple and proven trick that should avoid the failure or the firing.

If you can't write the first sentence or first paragraph, JUST SKIP IT.

Start with the second sentence, or second paragraph, and just keep on writing.

Often the beginning of what you have to write is an introduction. So once you've finished writing everything else, it will be much easier to go back and write the introduction because now you'll know what you're introducing.
Posted by Michael N. Marcus at 12:32 PM 1 comment:

It always takes longer than you think 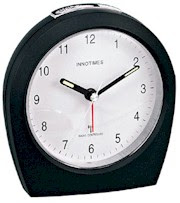 I thought I finished writing a book last October, and sold a bunch on Amazon.com in November and December, before temporarily withdrawing it to fix a few things.

I went through several generations of fix-ups, and again thought I was finished about three weeks ago and could resume making money.
Two weeks ago the printer printed the latest text with an old cover design.
Last week the printer printed the latest cover design with old text inside.
The proper version was supposed to be shipped last Friday, and then on Monday, and now I expect it to be shipped today. Maybe.
On Friday, proofs of two other books were supposed to be shipped to me for Saturday delivery while I was in Florida for the weekend. They arrived on Monday, just in time for me to pick them up on the way to the airport for my return trip home.
Posted by Michael N. Marcus at 12:08 PM No comments:


Assumptions of my demise are premature. I've been too busy working on several books and four other blogs to add to this blog.

I will be back. I promise.
Posted by Michael N. Marcus at 5:26 AM No comments: