The end is here. 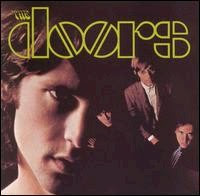 Of our elaborate plans, the end
Of everything that stands, the end
No safety or surprise, the end
I'll never look into your eyes...again

50 years since I planned to write the book that became my memoir, today I finally have declared it finished.

Undoubtedly, if I lived long enough I could spend another half century "fineschmecking," but it is extremely unlikely that anyone else would notice any improvement, so I think it's OK to stop now and let it be printed. And maybe make some money.

Although I've never been perfect in writing or anything else, for many years I was a perfectionist.

In junior and senior high school I frequently stayed up late revising term papers (if the subject interested me) to make them better and better. And this was when we used typewriters, not PCs with word processing software.

While a writer on my college newspaper, I became copy editor, and even got a part-time job as a proofreader at the printer, to ensure that nobody else screwed up my words.

When I was an advertising copywriter, I was notorious for not "releasing" an ad, because I wanted to make it better and better.

I finally ended my obsession when an older and wiser man told me that "sometimes good enough really is good enough, and if you strive for perfection, you'll never complete anything."

He also revealed the sad results of a study that showed that most people looked at the pictures in an ad and maybe read the headline, but they seldom read the "body copy" that I tried so hard to make perfect.

I later developed my own corollary: "while lots of things make a difference, few differences matter."

A lot of what human beings think is important, may not be.

Grace Slick of the Jefferson Airplane wisely said, "It don't mean shit to a tree."

When dealing with someone who could not make an unimportant decision, I often said, "5,000 years from now, who'll give a shit?"

I knew a man who refused to buy a color television "because it's not perfected yet." A few weeks after he died in 2002, his widow bought one.

Human beings are not perfected yet, either. Most of us wear eyeglasses because the eye has not evolved fast enough. It was designed to spot distant food and predators, not to focus on books and PC monitors.

Despite our imperfections, we function pretty well.
Posted by Michael N. Marcus at 2:35 AM